Every country has its laws and customs, just as every workplace has its protocols and etiquette. These protocols and the various etiquette required set the expected behaviours of people in the workplace, so things in the office flow smoothly. It goes without saying that everyone in the company is expected to follow the protocol and to adhere to the etiquette they are introduced to when they begin working there. Failure to follow protocol and etiquette can sometimes lead to disastrous miscommunications, and even problems with stability of employment. This training course is therefore set to train your team members to follow the protocol and etiquette as faithfully and knowledgeably as possible.

When it comes down to it, the rules are meant to be the guidelines that facilitate smooth and effective life in the office. They might not always be followed, but having them clear, concise, and kindly enforced is the best way to help the company’s business flow smoother, and handle the human resources better. These methods will help your team members keep the rationale behind the protocol and etiquette in mind, to clarify any possible confusion about the protocol and etiquette concisely, and to always be sensitive when handling situations where protocol or etiquette is not observed. This training course is essential in crafting a team of capable team members that will abide by the company’s protocol and etiquette, and facilitate good delivery of service. This pairs well with other courses about company policies, expected behaviour, and legal concerns. If you wish to know about our other training courses and services, please contact us.

Oftentimes, it becomes much easier to follow the set protocol and etiquette when we understand why that particular protocol or etiquette is set that way. This applies as well to particular protocol like chain of command. The chain of command is the hierarchy that determines a worker’s function in the company, and who he or she will report to. It is important to remember the chain of command when situations arise, so that the appropriate workers will file the right paperwork and inform the correct superiors. After that, an appropriate response will be made to the situation. So why do we need a chain of command? Why doesn’t the worker who finds the situation first respond instantly so that it doesn’t have to take time going up to the managers? They don’t do that, because it is possible that lower level workers will respond incorrectly to the situation, and create a bigger problem than the one they might even have failed to solve. Going up the chain of command helps the entire company make better decisions because of a democratic hierarchical decision that will be reached through the workers reaching out to the superiors. It is key to understand the reasoning behind protocols and etiquette so that the workers are less likely to stray from it.

It happens sometimes that you’ll set out a certain protocol, but then your team members end up misinterpreting it. To prevent this, a certain level of clarity and specific details is required. It should be a rule to be specific when referring to anything set in your written protocols and etiquettes. A good rule to remember in writing specific protocol is to reread the rule you are about to set, and wonder how else this can be interpreted. For example, I might write a rule about requiring the wearing of “decent clothes” in the company dress code. The problem with that wording is that the term “decent” is very vague; I could easily wear something indecent to work, and say that the dress code rule said “decent clothes,” but never specified what “decent” meant. To fix that, we can give examples as to what is specifically acceptable to wear at work, and what is not. Spaghetti straps, sleeveless shirts, and miniskirts, for example, might be specific examples of what not to wear to work. Long sleeved polo shirts, blouses, and dark slacks, for example, might be specific examples of what to wear to work. Specific wording and clarity in the office’s set protocols and etiquette will prevent workers from accidentally misinterpreting the rules or finding loopholes in it.

When setting protocol and etiquette, a key thing to remember is that you are dealing with human beings, and that often, they will make mistakes despite the purpose of protocol and etiquette being to prevent that. When such a thing happens, it is important for the team member who discovered the mishap to handle it sensitively and carefully. This means to never, under any circumstance, publicly call out a failure to follow protocol and etiquette. It is simply unprofessional and tactless to do that. The second worst possible response is to do nothing, and say nothing about it to him in the hopes that he will notice later. He might not blame you for not saying anything to him about it, since anyone could have noticed, but he would still wish that someone told him so he could rectify it. The appropriate response is to tell him that, but kindly, and completely discreetly. This will help him obey company etiquette, while sensitively addressing the mistake he made. Doing so will help that team member not only follow etiquette, but also establish a feeling that he was cared for by you. Whenever you are meant to be dealing with team members and their failures to follow protocol or etiquette, it is absolutely important to remember to be tactful, and to address their mistakes discreetly, so as to avoid causing a bigger problem than the one you mean to address. We teach participants how to be more sensitive to co-workers.

We customise training to make a better fit. It first begins with a vast library of training courses which you can freely choose from to focus on the specific needs of your particular industry, or on more general skills that will help enhance employee productivity, or even both of these at once. From there, we can add additional content to include changes in activities, delivery style, certificate and workbook colour, all according to your needs. Best of all, you can do all of these without any cost. Contact us today for more information.

Content Creation made by Paramount is one that also puts you at the very center. Here, you will not only be able to dictate which content your teams shall learn, but even the difficulty and comprehensiveness of your training solution. For example, we can include your company’s statistics to bolster employees’ understanding of your specific company, and even place your company logo at any specific part of the workbook. Case studies, relevant Australian Data and your company points or objectives can all be added or created to suit your needs. We can even create training courses for you using just your theoretical specifications; our team of experts will be more than ready to articulate your ideal workbook as practice. Contact us for pricing or for more details on a workbook created just for you and your team. 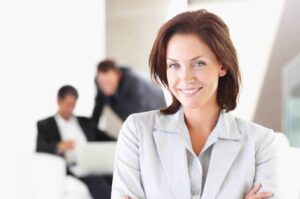