When is it Gossip?

Does anyone at work have the inside scoop on everyone? Somebody who seems to know everything, from the divorce of your supervisor to the unsuccessful application for a promotion for your IT person, without any explanation.

People who are emotionally involved in drama, like teenagers, can cause a decrease in work productivity. Be on the lookout for gossipy employees in cubicles. They will stop by to “get it latest” and waste precious company time. Gossiping in the workplace is not a good idea. It can be a time-waster, cause stress, and spread quicker than a bad virus.

There will be gossip. People want to know about their workplaces and like to talk about work. It is important to recognise when gossip is in your workplace though as the effects can be serious.

What happens when normal conversation turns to gossip?

Here’s how to tell the difference and where it gets complicated. If light conversation turns into a negative, inflammatory, and embarrassing situation for the person being discussed, then you have entered gossip territory, which is, in HR terminology, an attack on the workplace and workplace violence.

Know the difference between gossip and valid information. Friendly coworkers are perfectly entitled to share some background information about other people, provided it is professional.

If the gossip is:

What can you do to manage workplace Gossip? 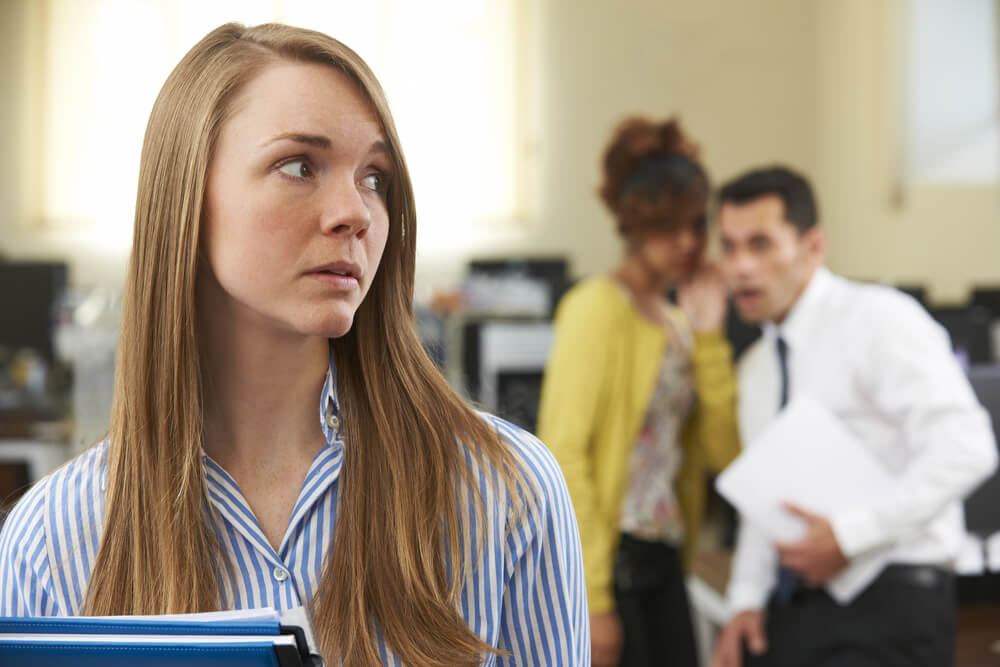 Managers often turn their backs on employee gossip, or worse, take part in it. This can lead to low employee morale, and a toxic work environment. Companies that rely on gossip or in-crowd dynamics to make decisions can be irreparably damaged by negative gossip.

In addition to hurting people’s feelings gossip can also cause damage to businesses. Managers and executives who believe in gossip are making poor decisions.

What should you do if you feel that gossip is a problem at your workplace? These positive steps can help you change your perception of the corporate culture.

1. Change the subject and ignore the gossip

Gossips are usually looking for an appreciative audience. They love the social currency of sharing information about others. You can quickly shut them down by devaluing their currency. It is possible to stop gossip by simply changing the subject. eg “A funnier fact I learned…”

Many gossip isn’t fact-checked. Many gossip is based on half-truths and things that are so scandalous that no one checks them with the gossiper. It’s often not contextualised, even if the gossip is true. Sometimes gossip is initiated and enforced by someone who has a vendetta against an office foe. These techniques are used to help the gossiper establish himself or herself as the moral arbiter for office behavior, and distract from his or her own behavior by highlighting the behavior of someone else.

3. Remember that if you are the target, it might not be about you.

A gossiper is someone who believes their career isn’t going well and is in pain. They want to believe that someone is to blame or to make others feel better. To make up for their feelings of powerlessness, they appoint themselves as the “hall monitor”, sending direct messages to coworkers and saying mean things behind others’ backs. People who aren’t liked can be called gossipers. They complain about other people in hopes of forming an alliance to protect themselves. Negative views are more likely to bond people than positive ones.

It’s important to remember that gossip about the weakness or insecurity of someone else is important in any case. It can cause harm. The person is just thinking more about themselves than they are about the person they are speaking about.

First, empathise. Recognise your coworker’s reactions and address the deeper human needs below the surface. They may be gossiping because they want validation and to feel heard.

Then, use redirection. You might try to nudge them towards a solution with something like “Ugh! It sucks feeling like you’re being undervalued. Talk to your boss about it.”

4. It is important to not fuel the gossip fire.

This may sound simple, and it is. It’s a great way to end gossip by being more open about work topics. People will always be interested in knowing who is getting a raise and when they can expect bonuses. If this information is easily accessible, speculation is not allowed. Being more transparent, when possible, will reduce the fuel for gossip.

5. Hold a team meeting If you are a manager, bring up gossip at a staff gathering.

Talk to your boss first, and then suggest that you review gossip at the next staff meeting. It’s a great way to improve the work environment by bringing up the negative effects of gossip with your team.

You can become part of the problem if you spread gossip. It is best to avoid gossip by ignoring it and not perpetuating it. Keep your personal information private and do not share it with others at work, unless you feel confident in the ability to trust them. Keep your eyes on the task at hand and be productive. If gossip is starting, you can change the topic or move on to your work. You’re demonstrating to others that gossiping is not something you want to do and will not tolerate it.

Refusing to be drawn in is a good way to stop gossip and rumors. Refuse to reply to comments made about an absent person by adding more information into the conversation about that person.

You can manage gossip just like you would any other employee’s negative behavior in the workplace. If possible, use a coaching approach to help the employee change his or her behavior. It is a common habit that lasts a lifetime and can be difficult to break. Managers who don’t do anything to gossip can end up ruining a department or even the business atmosphere. If you would like to learn more about handling Gossip in the workplace contact our team for more details about our training courses available.